Key Technology Trends to Watch in 2023: From AI and 5G to Quantum Computing and Cybersecurity

Every year we read about predictions for technology trends, and everyone seeks to understand where to invest energy and money to capitalize on opportunities. While no one has the absolute pulse on the trends more likely to gain traction this year, having spoken to 400+ CEOs and CTOs of emerging tech companies as the ex-Producer and Host of a top-rated tech podcast, the trends point to the possibility for these five areas of tech to make progress in 2023 and beyond. So, what are some of the trends to keep an eye on?

AI and ML are expected to continue to be integrated into a wide range of industries, from healthcare to finance to retail, to improve efficiency and productivity.

AI and ML have the potential to automate repetitive tasks, analyze large amounts of data, and make predictions, which can lead to cost savings and improved efficiency in a wide range of industries. They also can learn and improve over time, which makes them well-suited for applications such as image and speech recognition, natural language processing, and predictive maintenance.

Some of the key companies leading the way in AI and ML include Google, Facebook, Amazon, Microsoft, and IBM. These companies have invested heavily in research and development in these areas and have released several products and services that utilize AI and ML, such as Google’s TensorFlow and Amazon’s SageMaker.

The deployment of 5G networks and the growth of edge computing are expected to drive innovation in areas such as the Internet of Things (IoT), autonomous vehicles, and smart cities.

5G networks offer faster speeds and lower latency than previous generations of cellular networks, which will enable new use cases such as autonomous vehicles, smart cities, and high-definition video streaming. Edge computing, which involves processing data closer to the source rather than in a centralized location, will be necessary to support these new use cases and handle the large amounts of data generated by IoT devices.

Quantum computing has the potential to solve problems that are currently intractable for classical computers and is expected to see significant progress in the coming years.

Quantum computers use the principles of quantum mechanics to perform calculations that are not possible on classical computers. They have the potential to solve problems that are intractable for classical computers, such as simulating complex systems, breaking encryption, and optimizing logistics.

With the increasing reliance on technology in all aspects of life, cybersecurity will continue to be a top concern for individuals, businesses, and governments.

With the increasing amount of personal and business data stored and transmitted online, cybersecurity has become a critical concern. Cyber-attacks are becoming more sophisticated and frequent, and the increasing use of connected devices, cloud computing and 5G networks increase the attack surface. New technologies and techniques will be needed to protect against these threats.

Companies that are leading the way in cybersecurity include Symantec, McAfee, Check Point, Fortinet, and FireEye. These companies provide a wide range of cybersecurity products and services, such as antivirus software, firewalls, and intrusion detection systems.

VR and AR technology is expected to continue to improve and become more widely adopted, with potential applications in gaming, education, and industry.

VR and AR technology have the potential to change the way we interact with computers and the world around us. VR can be used to create immersive experiences in gaming, education, and industry, while AR can be used to overlay digital information on the real world, which can be useful in fields such as manufacturing, maintenance, and training. As the technology continues to improve, it’s expected to become more widely adopted and accessible.

Companies that are leading the way in VR and AR include Oculus (owned by Facebook), HTC, Sony, Microsoft, and Magic Leap. These companies have developed a variety of VR and AR products, such as headsets, controllers, and software development kits, and have also invested in research and development in these areas.

The companies that are currently at the forefront of these technology are constantly evolving and new players can emerge quickly. In fact, many smaller companies are also making significant contributions in these areas and are worth keeping an eye on.

Here are a few examples of smaller companies that are worth keeping an eye on:

In the AI space, companies like Nutonomy (now owned by Delphi Automotive) and Persado are working on developing advanced autonomous driving and natural language generation technology.

In cybersecurity, companies like Darktrace, Cylance, and Cybereason are working on developing new approaches to threat detection and response.

In the VR/AR space, companies like Dreamscape Immersive, 8i, and InContext Solutions are working on developing new VR and AR experiences for entertainment and industry.

In conclusion, 2023 is expected to see significant advancements in various areas of technology such as Artificial Intelligence and Machine Learning, 5G and Edge Computing, Quantum Computing, Cybersecurity and Virtual and Augmented Reality.

These technologies have the potential to transform a wide range of industries and improve efficiency, productivity, and the way we interact with the world. While some of the key players in these areas are major companies like Google, Facebook, Amazon, IBM, Qualcomm and Intel, there are also many smaller companies making significant contributions and worth keeping an eye on.

Get your complimentary copy of a white paper on how to leverage Design Thinking to improve your GTM tactics by clicking anywhere in this box. 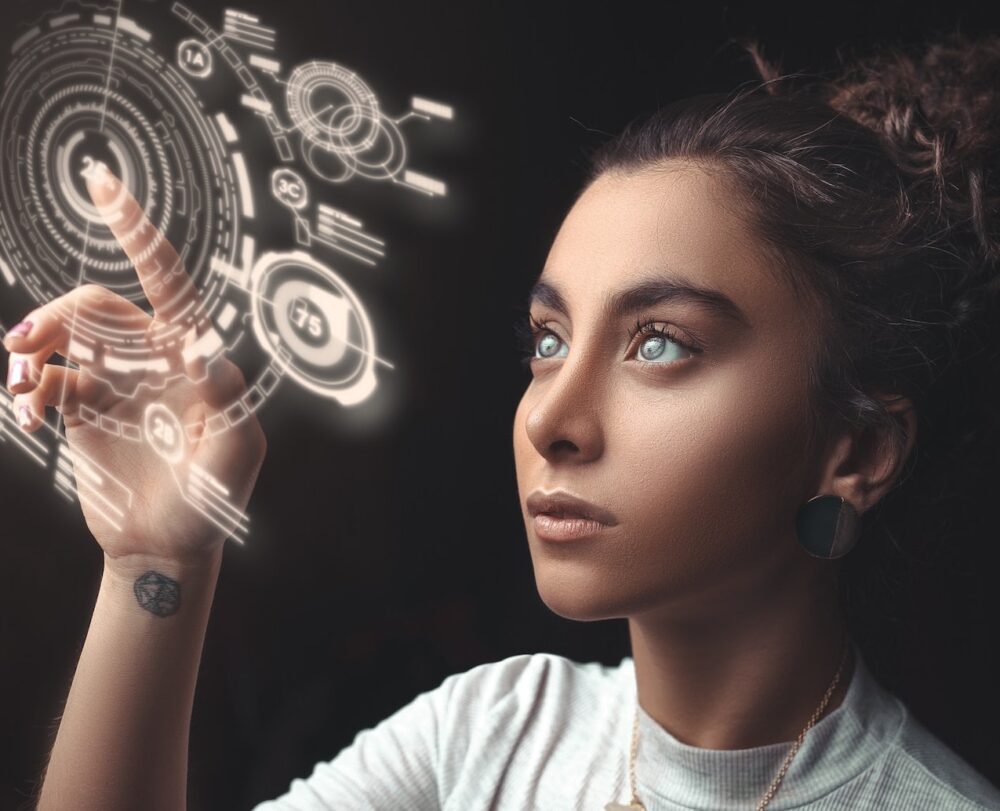