Engineering the Future from Astronomy to Augmented Reality

When you have a vision of a mission in mind, you can explore a range of possibilities to achieve it. You can dive deep into a sea of subjects even if it is a long journey ahead. Jason Lozo exemplifies such an innate interest in exploration.

Recently caught up with Jason on the Tech Backstage Podcast

The Tech Backstage Podcast is a live streamed video podcast that goes behind the scenes with today’s leaders of industry to learn what technologies are solving business problems, and how Design Thinking applied to the future of technology is impacting the world.

Tech Backstage interviewed Jason Lozo to learn more about his journey from being an astronomer to an optomechanical engineer at Microsoft HoloLens.

We learned that Lozo’s eternal itch to do something better in life ran through his veins.

He gravitated into astronomy after completing high school, graduating from the University of Washington, and completing an M.S in Mechanical Engineering, then accepting a Research position at the University.

Currently, Jason is a Senior Photomechanical Engineer at Microsoft in Seattle, WA.

Engineers combine optical and mechanical engineering while designing these systems or devices. They research, analyze, and test systems or machines and supervise research.

Optomechanical engineers deal with glass, and many more optics are involved at the core. These engineers consider how to design things right for manufacturing and what materials should be used. They also take designs from optical engineers.

The work they do also involves high-level modeling to create these optics. They invest much time in calculating objects’ design, like what happens if the lens is moved by 15 microns in a direction or if the lens’ curvature is a bit wrong.

They also calculate what might happen if you apply force to the housing, and if the lens is deflected in one direction, will it make a difference in the optical performance.

Augmented Reality is an interactive simulated experience of real-world environments. A computer-generated perceptual information enhances the objects that reside in the real world.

In the future, augmented reality devices will potentially notify you where the devices should go on your face. In the future AR devices can be your smartphone, but on the face. There will be a possibility of getting directions immediately, as an example.

Recently, Google tested an application where people can translate languages instantaneously. For instance, when you read a sign or somebody speaks in a language you do not understand, the device can automatically translate it into a language that is understandable.

Furthermore, the industry aims to create a socially acceptable pair of glasses with an augmented reality device. Companies like Facebook partnered with Ray Ban, where they built cameras in the glasses to help document the activities of daily life. It has also been predicted that people will see a huge application boom since engineers are driving towards it. It is already seen in games, for example.

The Role of Optomechanical Engineering and Augmented Reality

As an optomechanical engineer, Jason Lozo has described the actual mechanics of the devices he creates. First, there is a tiny projector in the arm of the glasses that projects light into the glass plate that relays the light directly into your eyes.

It is like having a film projector on the glass surface. It’s kind of like software magic. Next, Lozo creates holograms and locks them to the physical world through cameras. It is like a sci-fi object you can walk around with and touch or move.

There is a role of social acceptability that has not been determined yet and cannot be defined at this moment, as it relates to privacy laws and augmented reality. In the upcoming generation of devices, there will be more manufacturers to define privacy policies.

For instance, the iPhone is believed to be more secure than an Android. Similarly, there will be privacy and security laws and workable policies, and varying policies will come up based on the companies.

Augmented reality and virtual reality are new technologies with which people have been creating video games for decades. Augmented reality devices, in the future will need to be developed in an ethical way that does not violate people’s privacy.

Working on how a policy that is socially acceptable is essential. Any inventions or technology should be applied to an object ethically that does not infringe on people’s privacy.

Over time, we might see more devices that enhance how we interact with reality bringing astronomy level curiosity to the masses.

Check out the full interview by clicking below. 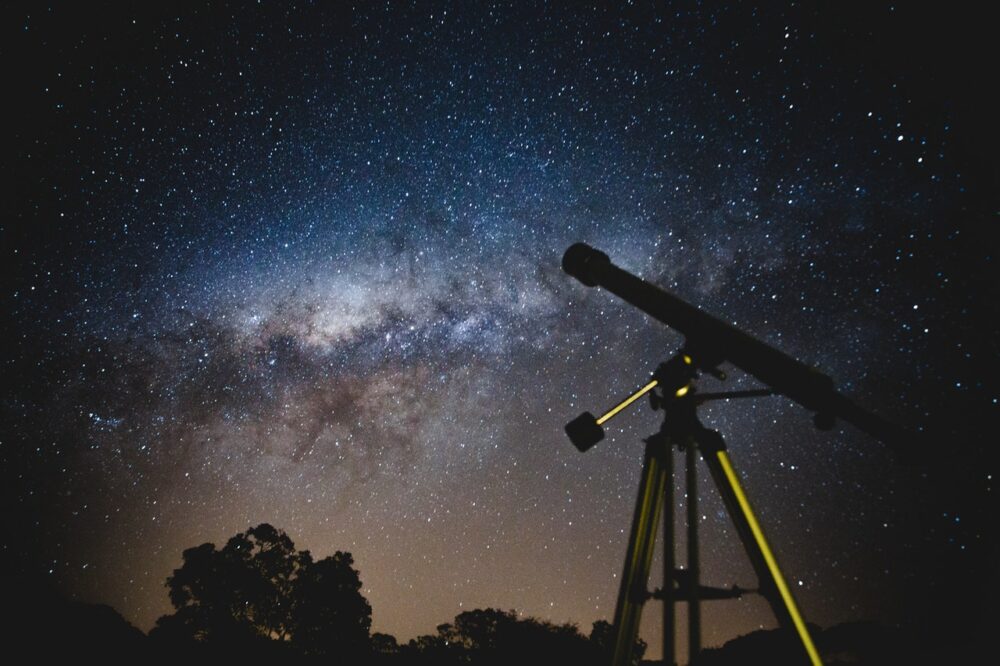